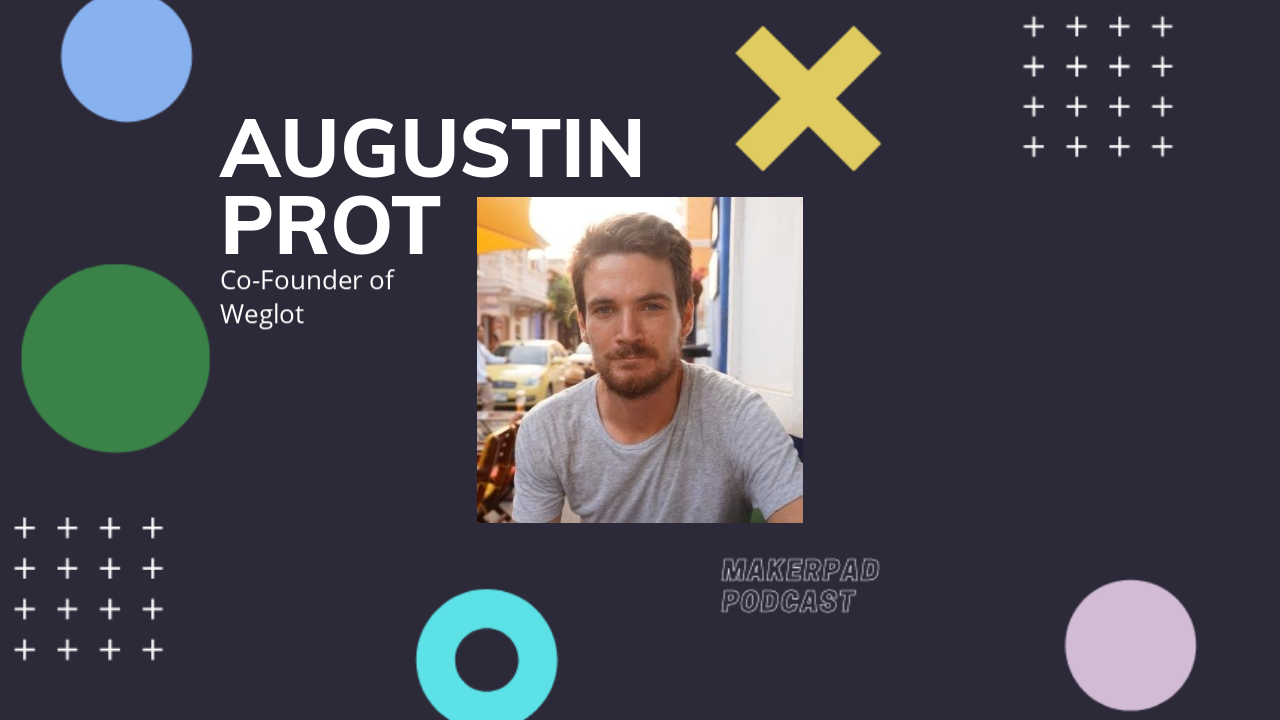 Augustin Prot is the co-founder of Weglot, a product which allows you to make your website multilingual!

We talk about:
- How Weglot came to exist
- Transitioning from finance into a startup
- Finding their first customers
- His perspective on the no-code space
- The shift to remote work
- Kite-surfing
- Where he’d live if he could live anywhere
- And much more!

I hope you enjoy this conversation with Augustin Prot.

Get a weekly update every Sunday with our announcements, company updates and a behind-the-scenes of what our community are building.
Over 13,000 people get our updates, join us!
You're in 😍- check your email to get started. Tweet me what you want to build to see how to do it without code.
Oops! Something went wrong while submitting the form.

Want to get your tool listed?

Submit your company and talk to us about partner opportunities.

Working in a team?

Bring the power of no-code to your work, automate tasks and ship faster.