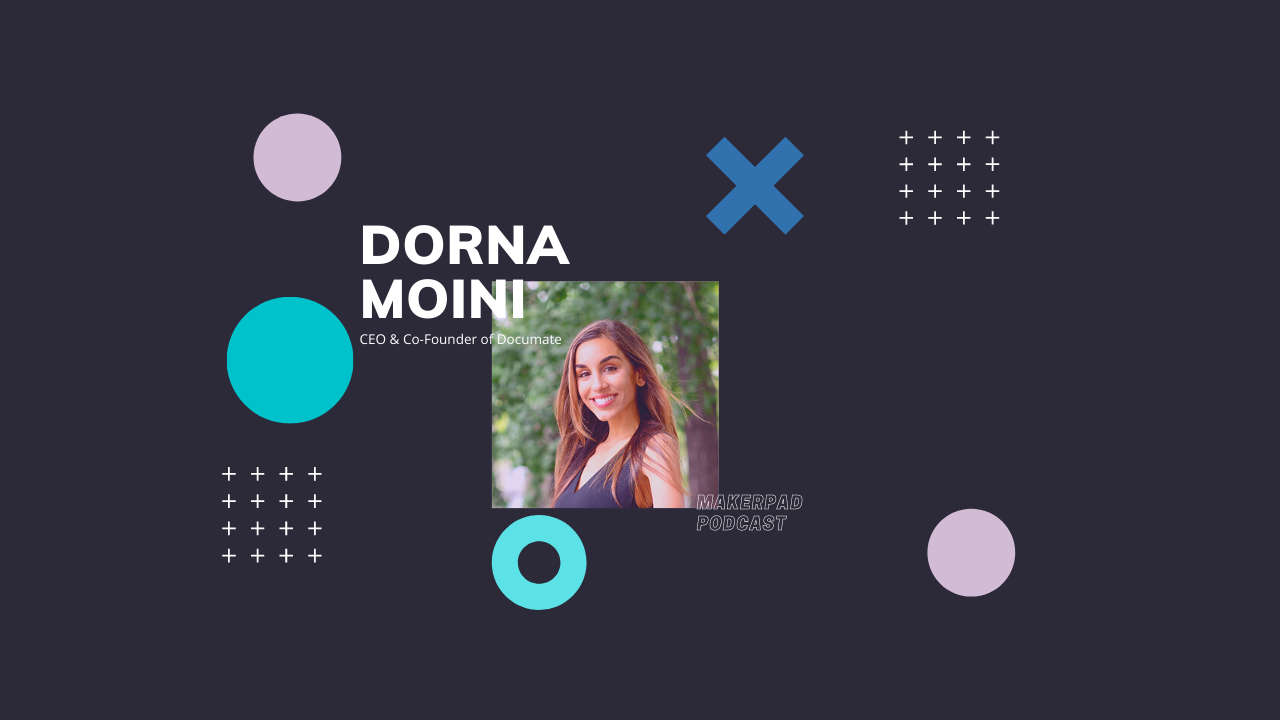 Hey everyone Tom here. In this episode of the podcast I’m joined by Dorna Moini, CEO and Founder of document automation platform Documate.

In this conversation we talk about:
‍
- How Dorna made the switch from Lawyer to start-up founder
- Starting by helping with domestic abuse cases
- Scratching your own itch
- When to go big
- How Dorna views the no-code space
- And more

I hope you enjoy this conversation with Dorna Moini!