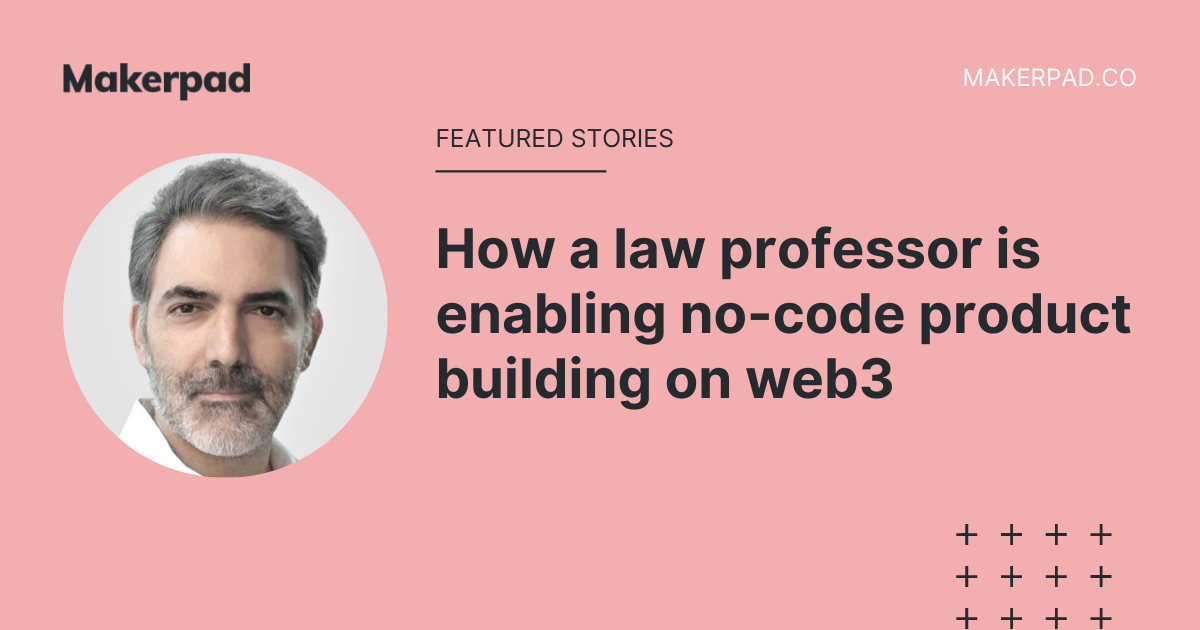 Houman Shadab is the Director of the Innovation Center for Law and Technology and a Fellow at Stanford CodeX. He has testified before the federal government several times, including before the Commodity Futures Trading Commission on Bitcoin derivatives and before Congress on hedge funds.

My experience in teaching and tech

For over the past decade I have been involved in technology, startups, and business innovation from the standpoint of a professor at New York Law School, researcher, and tech entrepreneur.

On the teaching side, I teach a variety of business law courses, such as Contracts and Commercial Law. Early in my teaching career, I realized the importance of startups to the economy and began to teach a course on raising early-stage capital and commercializing software products.

This also included students building their own software products for the course to simulate the role of a tech founder and the types of agreements they would have to negotiate. At the same time, I also realized the rapidly growing importance of technology to everything, including areas that I was researching and writing about such as financial derivatives.

This led to me testifying before the federal government on Bitcoin derivatives and developing a deep appreciation for the potential of cryptocurrencies and blockchain technology, including what is now known as web3.

In my view there is a major new wave of blockchain technology that can power the next generation of the Internet and it centers around the Internet Computer blockchain that was launched by the Dfinity Foundation in May of 2021.

Unlike Ethereum and other blockchains, apps on the Internet Computer run entirely on  blockchain; they are fast and cheap and don’t require paying tokens just to use them.

In more recent years I’ve become very passionate about building with no-code and spent a couple years developing expertise in building with Bubble. I built several apps with Bubble myself, including one that earned revenue with real customers.

Right now, my entrepreneurial energies are focused on building ICME (www.icme.io) as a cofounder. ICME combines my passion for web3 and no code by enabling its users to build directly on the Internet Computer blockchain without writing code. ICME is a no-code building tool, the first one on the Internet Computer blockchain. It is built with code, Motoko in particular.

When you build with ICME, your site or app does not run on AWS or any similar corporate cloud. This means that builders have full control and ownership of what they build because their sites and apps are running entirely on the decentralized Internet Computer network that no one controls.

Data hacks are virtually impossible. Anything that is built with ICME can enable users to log in by using what is called Internet Identity, which doesn’t require user names and passwords because it is completely based on biometrics. So when I log into ICME or pages I create with ICME, I just use my finger and no personal information is transmitted when I sign up or log in.

The early focus of ICME for its MVP has been on creating static websites so that creators and builders of all kinds can take their first steps into web3. Going forward, ICME is going to be building a lot more general-purpose app building functionality, such as enabling builders to build apps that let users enter and display data, and run workflows.

What’s exciting about these workflows, such as updating data and returning new data and UI elements that live on the blockchain, is that they are run by the decentralized network – otherwise known as smart contracts. So this means that ICME will be enabling no code smart contracts that run entirely on chain for the very first time!

I am also a firm believer that the explosion in NFTs reflects the emerging recognition of how important it is to be able to make digital objects unique. NFT marketplaces at the moment, however, don’t let their users customize the design of how their NFTs are displayed. And adding anything beyond very basic functionality to NFTs, such as distributing NFTs in response to conditions, requires coding.

ICME is going to be focusing on a lot of ways to enable creators without writing code to customize not only the design and interactivity of NFTs, but also the functionality of NFTs, such as how or when they are distributed in response to community activities.

The goal for ICME is not to recreate what already exists in no-code on centralized networks, but to leverage the unique and valuable features of the Internet Computer blockchain so that builders can make apps that are impossible to make with existing no code tools.

This would include enabling builders to create user-owned apps that distribute tokens to users over time based on their usage of the apps and contributions to its goals. For example, ICME will enable not only the creation of an Uber that is owned and governed by drivers, but an Uber that is created by the drivers themselves because they would not need to learn how to code to make it.

Building on the web3 internet

Given the limitless possibilities in combining no-code and blockchain, the biggest challenge is where to focus. We have overcome this challenge by getting feedback from no code and crypto communities about the types of sites, marketplaces, and apps they want to build but presently cannot without coding.

What really excites me about ICME is that, unlike any other no code building tool, ICME enables its users to create websites and apps that live directly on blockchain without touching the traditional, web2 Internet.

Thank you for sharing your work with us, Houman!