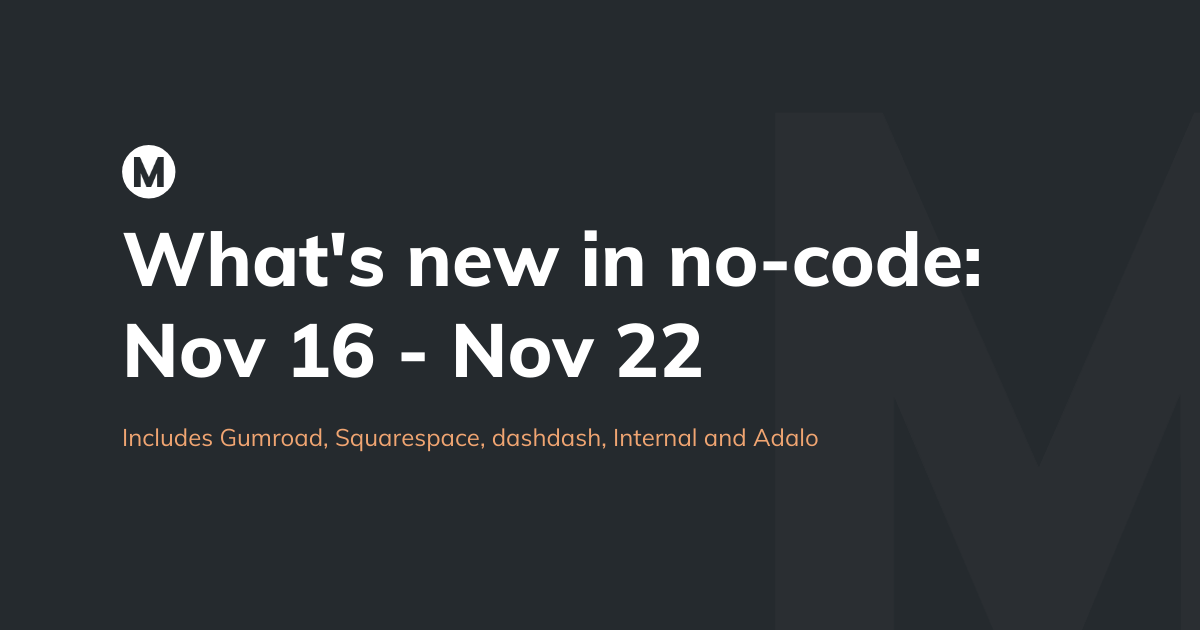 A super easy way to add membership tiers, take payments and give content to your members.

Such a simple way to give creators the tools they need to create paid communities, courses, software, newsletters, and more. Gumroad is already a huge platform for creators to make a living, and it just keeps getting more powerful.

Make parts of your Squarespace site accessible by members only.

Another no-code tool enabling it's creators to build membership communities/sites. Recurring revenue is extremely valuable, and no-code tools know that.This offering isn't as customisable as Gumroad's but it's still a step in the right direction. Squarespace is a huge platform that gets overlooked in the no-code world but really, it's an OG. I don't find it super intuitive for myself but Amie loves it and tutorials will be out soon on Squarespace members areas. Stay tuned.

Internal ran a survey about the potential and growing potential of no-code/low-code.

Adalo is sprucing up its support process and community forum so that they can better serve it's, uhh, community.

We're rolling out one of the most requested features on @ConvertKit: Autosave on email sequences.

All changes are now saved automatically and you can choose to publish them to the live email or discard the changes.

The sidebar calls out which emails have unpublished changes. pic.twitter.com/aZ10xPK7hU

Get an update every Sunday with new content, news and a behind-the-scenes of what our community is building.
Join over 16,000 others
You're in 😍- check your email to get started. Tweet me what you want to build to see how to do it without code.
Oops! Something went wrong while submitting the form.