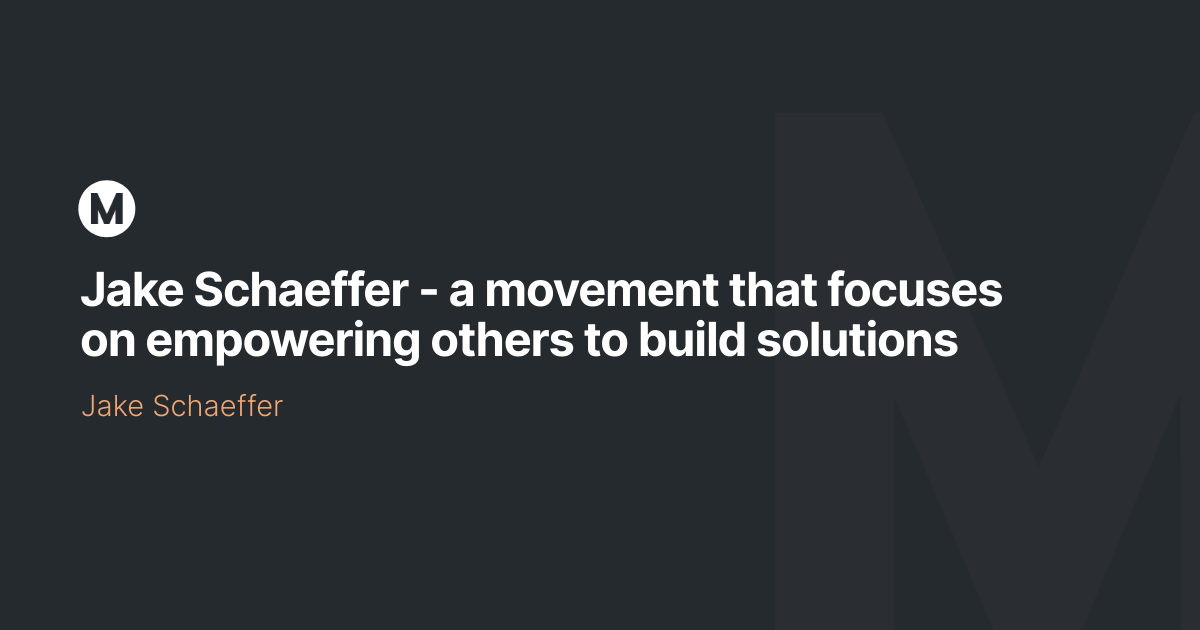 Can you tell me a little bit about your background and general work experience?

I’m originally from Southern California, and had never left the country, so when I was selecting my University, I decided to go to one that allowed me to spend each semester in a different country! No one had ever heard of this university, Minerva Schools, I was apart for the first graduating class, but it felt like a really worthy trade! It was also great because, it was new and still had a lot of undefined, or minimal structure so it was kind of like being in a start-up where you have to really think for yourself. I studied computer science, with a major in data science and statistics then combined that with a business degree.

What started your journey into no-code?

I came across the no-code space because I just felt like my skillset was better used in statistical development and trend and not building tools and writing code from the ground up, so I stated seeking out the tools I needed to do my work. That’s how I got into rapid tooling. I graduated in 2019, so I’m new to this, I had a solid marketing background, and came out of my program and started a role at AirDev, a no-code agency. I’m the growth marketing manager there, focused on the start-up community. At AirDev, we help people who don't want to give up 50% of their equity for a CTO, and those who want to iterate on their ideas early and often launch companies without code

What have you found most surprising about the no-code community so far?

The most surprising thing to me has been the emphasis that each member of the no-code community places on helping others learn - on growing the no-code pie so to speak. People aren't just using tools. They're starting a movement that focuses on empowering others to build their own custom solutions. And that's really an incredible thing to be a part of.

“The most surprising thing to me has been the willingness, the motivation of the whole community to focus on growing the pie, helping each other, expanding the opportunity out towards so many more people.”

What tools or platforms are you thinking of/ have been using for your no-code project?

Bubble is amazing. I’ve been going down that path at the moment. Notion has been an amazing tool, I didn’t see it like that at first, but now it get it, it’s super-powerful. So, Notion, Zapier and google sheets. Oh, also Obvously.ai is amazing.

What impact has No-code made on your life, directly or indirectly?

Well, it got me a job! That’s pretty impactful!! There is also a no-code platform in New York called https://community.lawyer/ – making low level direct to consumer services available to people who can’t afford them. Helping lawyers do pro-bono work.

What are you working on at the moment?

If you know that no-code is powerful but need a little help & expertise to get your project off the ground then AirDev can help. You can reach out to me on twitter directly via @jakeisschaeffer or check out Airdev and what we do with Bubble go to https://airdev.co/