You're in 😍- check your email to get started. Tweet me what you want to build to see how to do it without code.
Oops! Something went wrong while submitting the form.
Stories
/
Topping Product Hunt after 5 days of no-code building

How long to build: 5 days

Do Things That Don't Scale

Hi, I am KP.  I'm a no-code maker who also loves writing, community and thai food.

I have built DoThingsThatDontScale.com, a curated database of unscaleable hacks and stories from real founders. It has 15,000 monthly users and on it's launch day ended up being #1 Product of the Day on Product Hunt. 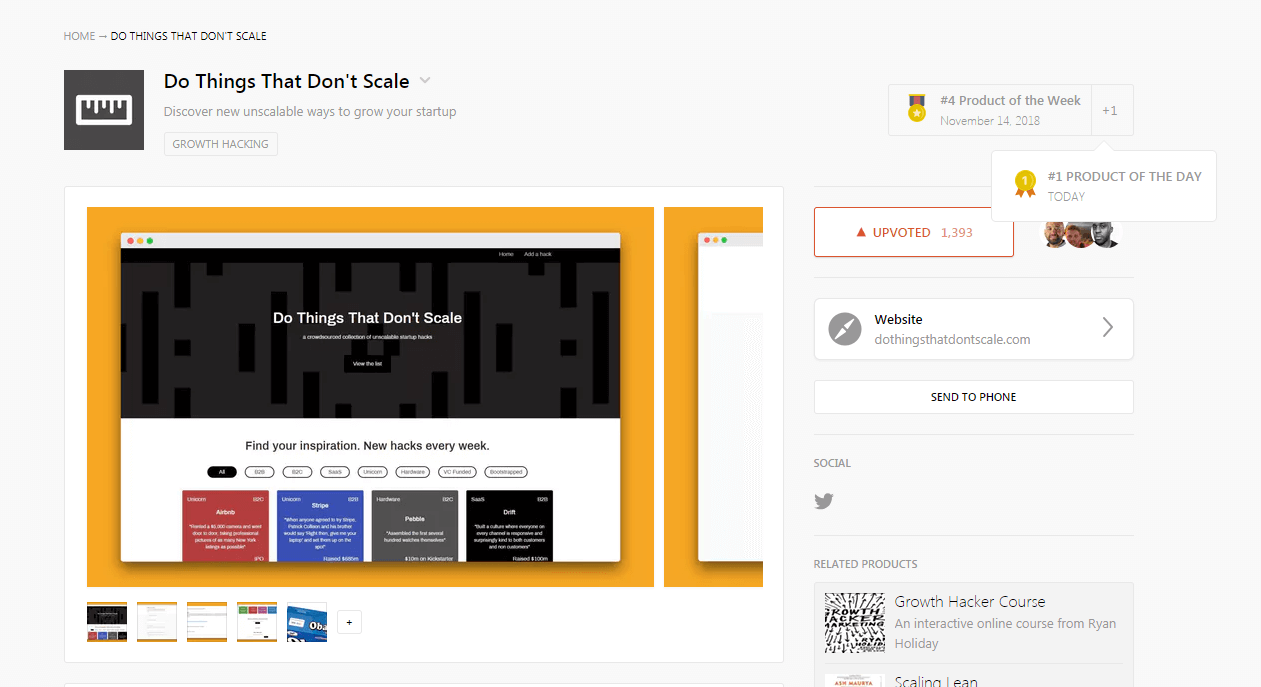 I was inspired by Paul Graham's essay about doing things that don't scale. I felt the need to extend the examples listed in that essay. So I made an honest ask to the people on Hacker News, the no#1 community for startup founders to share their war stories.

It reached astounding engagement numbers and shot up to #2 thread on the home page raking more than 260+ comments. This also further validated my assumption that people would like to learn about this topic.

Inspired by Ben Tosell and Mubs, I decided to just build and ship it myself. As a non-developer, I was researching on Twitter (my feed is 90% makers and products) for no-code tools and chanced upon an elegant product called “Table2Site”. It uses Airtable as the database and the front end looks like a polished site.

So in about 5 days, I brought this idea from a mere scribble in my notebook to a functioning product. In addition to just visitors, the site was also attracting a lot of founders who wanted to share their stories with the community. It was both entertaining but also fascinating how real these stories felt. 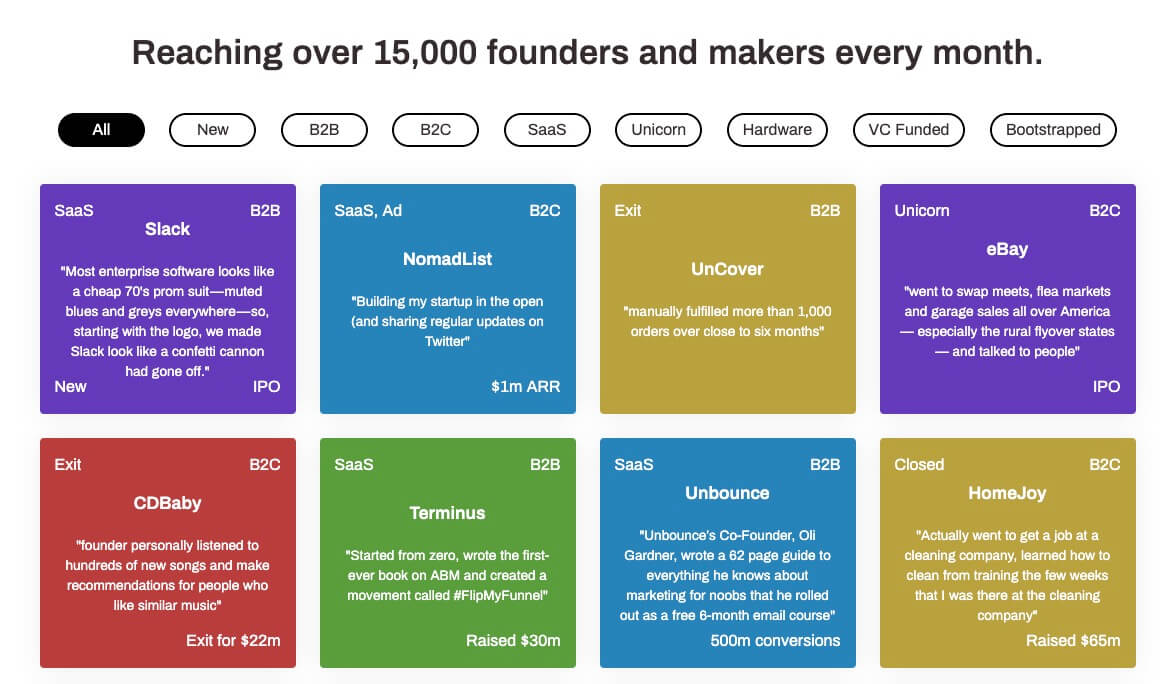 The world will be a radically better place when people's ideas can be unchained from the "code barriers" allowing them to build and share simple apps that solve real problems. No-code is no longer just a utopian idea but with the rise of modern tools like AirTable, Webflow, Zapier etc, the disruption is already happening. No-code has opened the gates for an entire class of non-technical makers and founders who were previously limited by NOT having a software programming background.

There are still limitations to what you can do within the no-code space but the good news is that they are shrinking rapidly. I have a site that tracks what is possible without code to inspire new makers. I believe there still needs to be a much easier way to let makers leverage functional components into their sites like user signup/signin module, chrome extension module, search features, being able to publish to app stores etc. Currently these are either possible only through code or low code. Glide and Memberstack are trying to solve this problem although their offerings are still early stage in my view.

One thing I would do differently in the no-code space is have the top no-code product makers come hang out with regular people outside of tech and figure out how they think. I do a lot of meet-ups and despite my best attempts, a lot of the every day people are still finding it hard to get into no-code space, largely because of the complexity of the software available today. I've been in tech for 10 years so it is much easier to understand the jargon (like divs, containers, padding etc) but most people who want to build new projects are being stifled by the lack of intuitive tools. I dream of a world where you can simply build stuff online with common language. I believe one day this problem will be solved and no-code will be 100x more effective and pervasive but we are slowly getting there.

I'd love to hear your stories and if/how I can help you. Happy making!